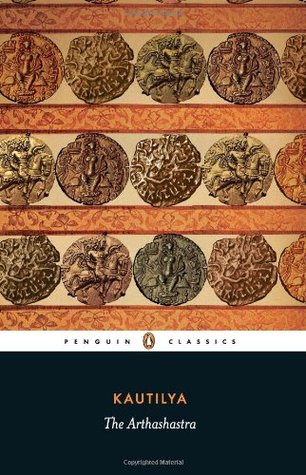 Chanakya, aka Kautilya, is an unforgettable character in Indian history. Known for his strategic genius and warcraft, he authored Arthashastra around 2000 years ago.

The book was originally written in Sanskrit and several translations are available. We read a recent translation and commentary written by L.N. Rangarajan, an Indian diplomat. Book claims that there were at least four distinct schools and thirteen indvidual teachers of Arthashastra before Chanakya.

Arthashastra has theoretical descriptions of a state and a king. Chanakya also proposes rules and regulations, structures of various departments in a government, and social norms. Some of the most exciting chapters in the book are those on warfare and foreign policy, which highlight Chanakya’s strategic thinking.

Chanakya impresses us with the marvelous details of various aspects of governance. It deals with a wide variety of subjects, most of which have been explained to the minutest of details. From forging an alliance to the daily schedule of a king, from urban design to warfare, from tax collection to spy network, the book deals with strategic and mundane topics alike.

It is must read for anyone interested in the history of governance in India and wants to sneak into the mind of the mastermind.